What does Fairtrade mean for Zenza? 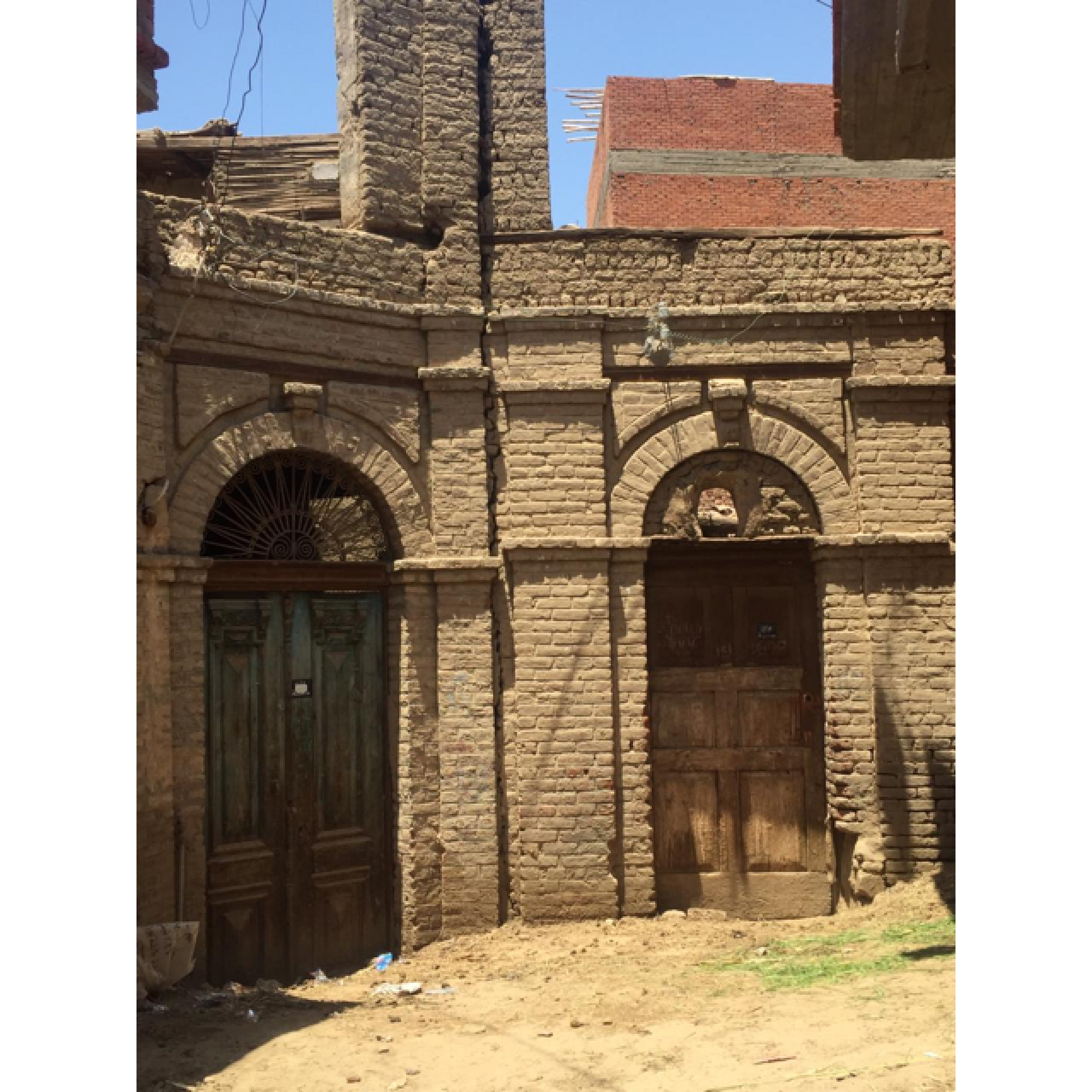 Fairtrade is a common used word these days.

It is a qualification that you can only use if you as a company have been tested by the fair trade organization and are re-examined every year.

Zenza contacted the organization years ago and considered obtaining the certificate.

However, we were shocked by the costs and method of that organization.

There are very expensive checks within your company and there are well-paid people flying back and forth between all kinds of countries and driving rented jeeps to craftsmen to check how they work.

The costs for this are all for the company that wants to get the certificate.

We felt that was a misuse of our money.

We know very well that we meet the conditions and do not really need expensive proof of this.

How does Zenza work then?

In Egypt, where we once started because Hussein is from there, we collaborated with several small workshops, who made the lamps we designed for us.

As Zenza grew, it became more and more known among artisans.

Even though the coppersmith market is a vast area, everyone knows each other and news spreads quickly.

As a result, sometimes people came to us who had a bag with simple tools and asked for work.

Since we did not have a workshop ourselves, we could not do much for these people.

But the demand for our lamps grew enormously and production could barely be kept at the right level.

That is why we decided on a plan that would create a win-win situation for everyone involved.

We rented a workshop in a place that the brazier considered suitable, bought the larger and more expensive tools and then the craftsman got them, for a loan of course.

Often the loan was repaid within a year.

That of course depended on his production, the more lamps he supplied to us, the faster the repayment could be made.

After that, the craftsman was completely independent and could also employ others if necessary.

We did not want to own all those small workshops, control them and have to deal with the daily affairs.

Moreover, people themselves know much better what is needed if it is left to themselves.

Cairo, one of the places of the workshops. 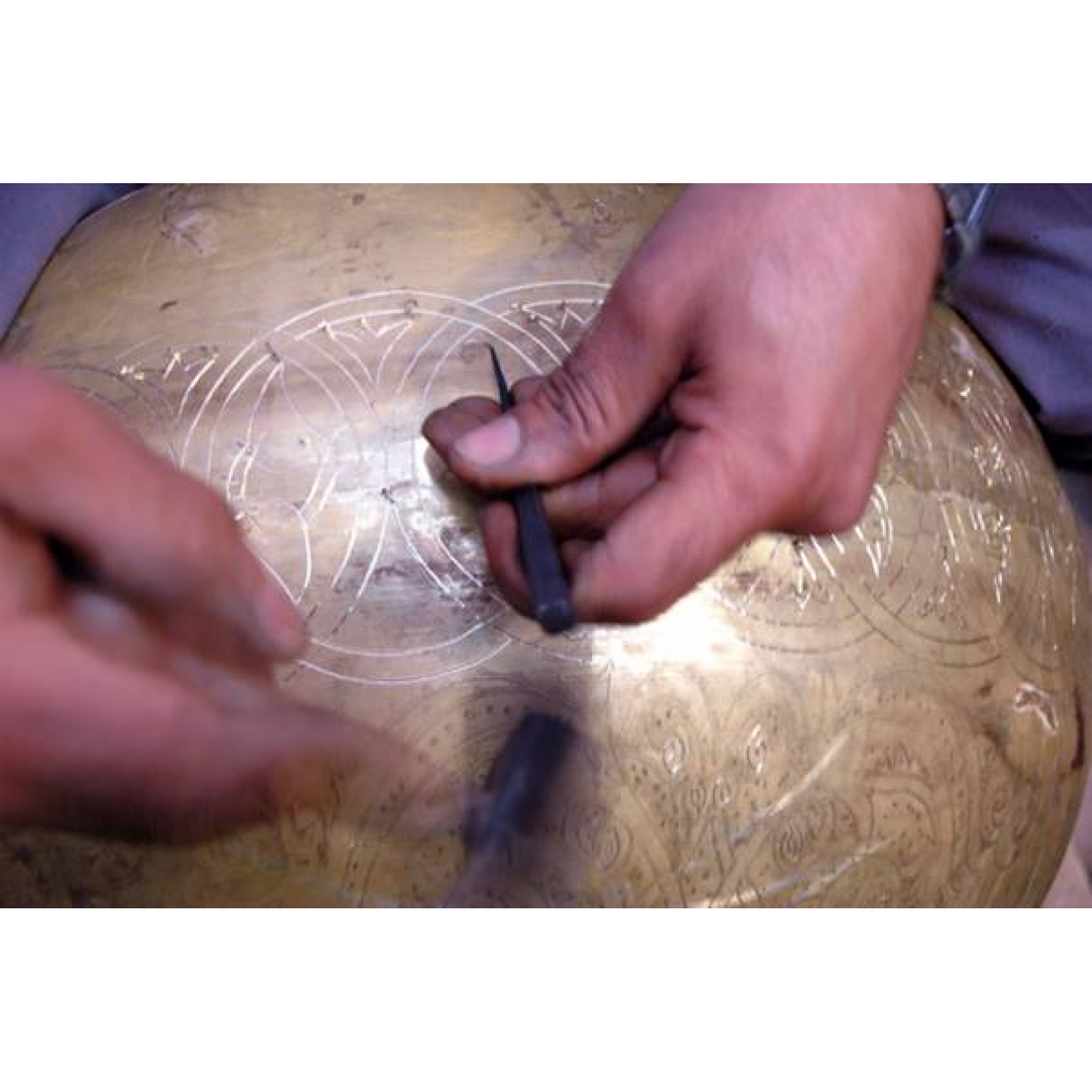 This system later turned out to have a name: micro credit!

We had never heard of it at the time and invented it ourselves ;)

The best proof that it worked came the day we got a call from one of the men.

He had once stood idle and hopeless at our door.

He now called to say that he was traveling to the beach with his family for the first time in their lives in his car (a double second-hand one).

You can imagine how incredibly nice that was to hear!

This way you notice that you really make a difference by giving people financial support and by doing fair trade, with fair prices, and doing business with each other.

No dependence but independence.

Many workshops have been created in this way and we have been working with many of them for over 20 years.

Because staying true to each other, through thick and thin, also makes it a fair chain.

Then, about 15 years ago, we set up our own factory.

All the lamps are brought here from the craftsmen's workshops.

This allows us to assess the quality and have the finishing in our factory.

This finishing means silverplating, providing safely certified electricity, packaging and loading into containers that leave for the port.

It is safe in our factory. We provide safety glasses and shoes, ensure a good exhaust system and lunches are provided, etc. 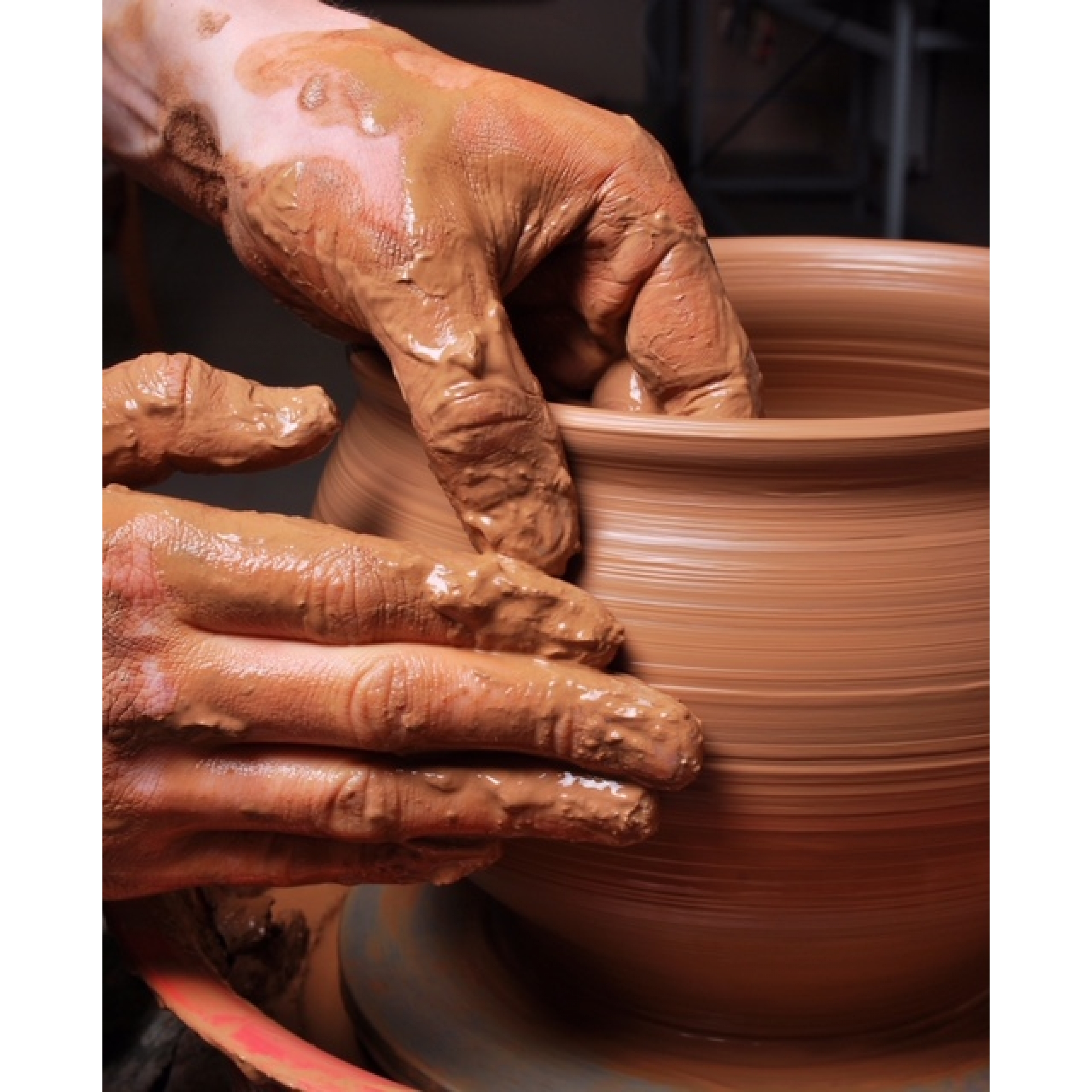 And then something else has emerged: a special system of payment.

In addition to the fixed monthly salary, all employees receive a bonus.

For poor people there is never a large amount at once, their salary is always used up within a month, there is no saving.

The salaries we pay are well above the official wages that the Egyptian government maintains for this sector, but even then it is often not enough.

That's because there is so much unemployment and someone with a salary sometimes has to support 8 or more people.

The bonus is then the solution to take the bigger steps in life.

Paying for a wedding, building an extra room or floor on the house, offering an operation for a family member, etc.

It's true, the day the bonuses are paid out is our most beautiful day at the factory.

We are so moved by the stories and so grateful that we can go the extra mile to improve the living conditions of the people who work for Zenza.

Also during the corona period, which is also very hard in Egypt and makes everything more difficult and more expensive, we have been able to continue to pay all salaries.

That may sound normal, but it is by no means in Egypt.

And how does Zenza work together in Morocco? 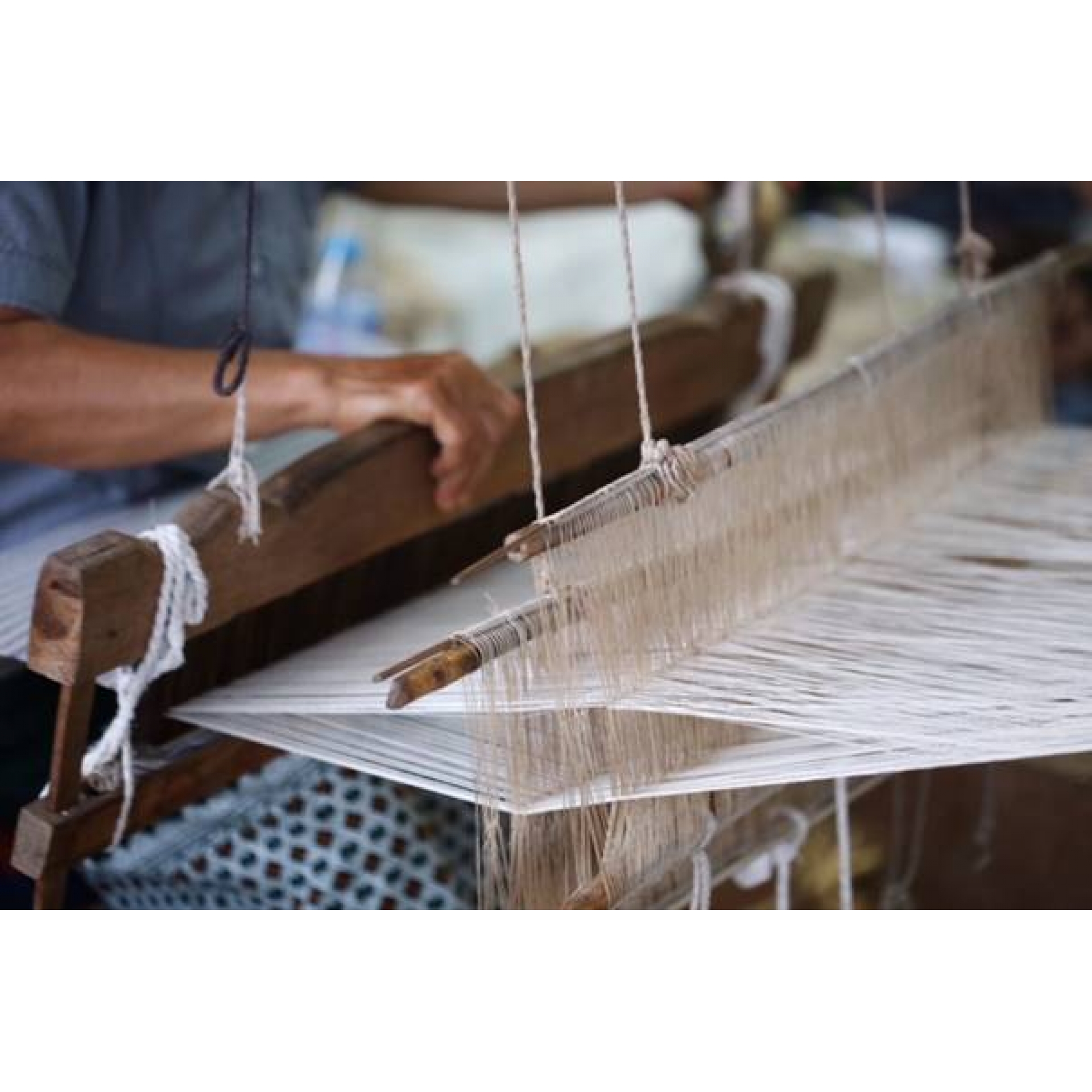 We also love to work in Morocco and because of Yasmina's background we have been able to build up an excellent relationship with various professionals.

The warm contact, the stories we exchange about our lives have laid a very friendly basis for doing business.

Doing business is also a matter of giving each other the best.

It is give and take, not always wanting to get the most out of it.

Working together in the long term gives the best results.

You will understand each other's possibilities and limitations and find a way to deal with them for the best result.

Whenever we place an order at a particular workshop, we are happy for the people who work there, after all, we know them all.

In fact, we've shared many meals and came up with the most hilarious nicknames for each other :)

How does Zenza work together in India? 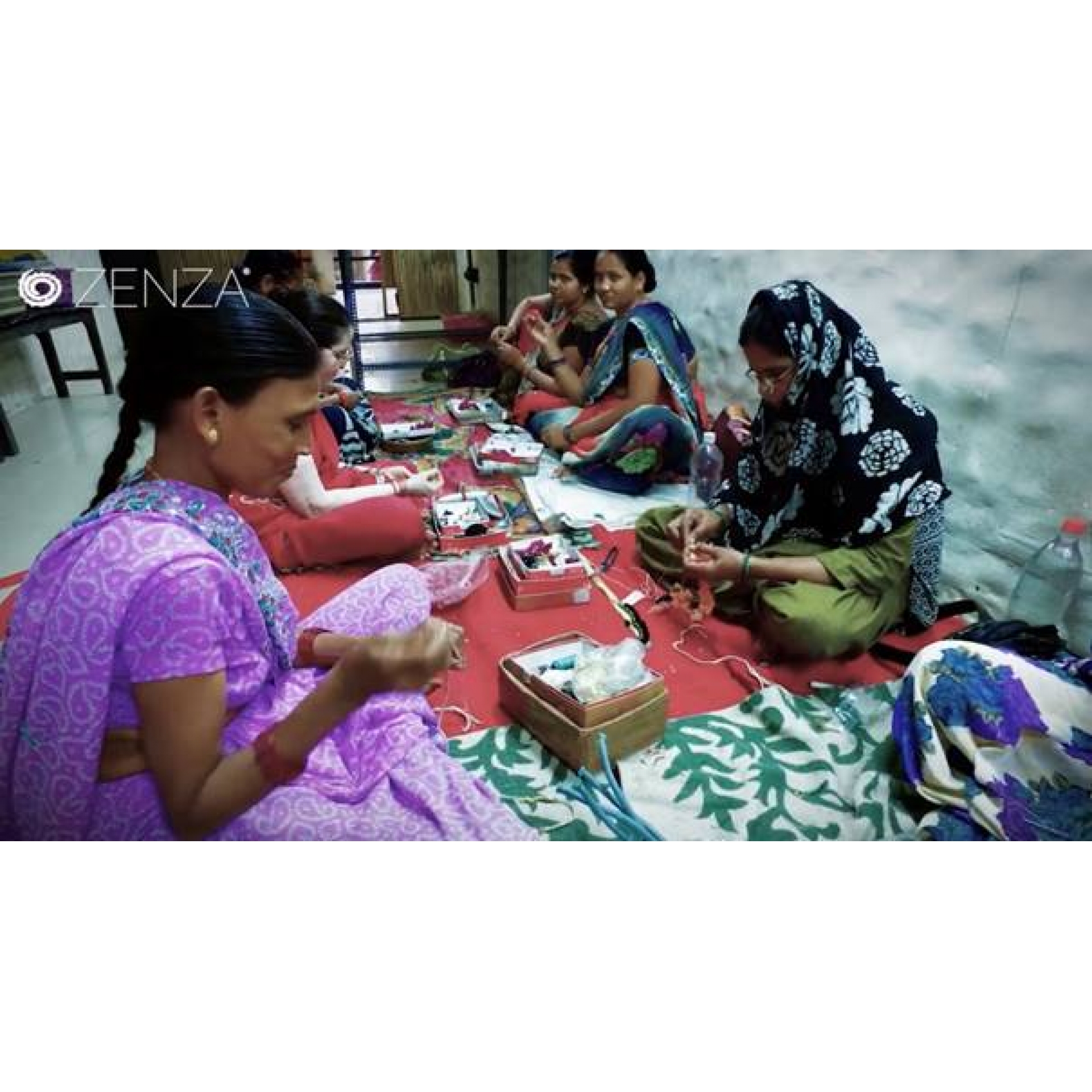 In India we work together with an agent, because we have no roots ourselves, do not speak the language and therefore the country remains full of mysteries for us.

We have discussed extensively with her about our conditions, about how and with whom we want to work.

She only introduces us to companies that do not tolerate child labor, are controlled by the government and operate under safe conditions.

We prefer to work with women's projects, because women in India have an even harder time than men.

Most of our jewelry is made by the women you see at work in the photo below.

We are happy to tell you about this background to our work, not to cheer us on, but to provide insight into how we work.

So if you read that Zenza works from ethical principles, you now know what we mean by that.

And how that contributes to a slightly better world through every product we sell.

We hope to be able to do this for a long time to come, in order to continue to help many more families make a step forward in their lives 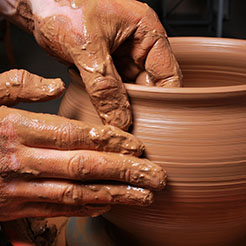 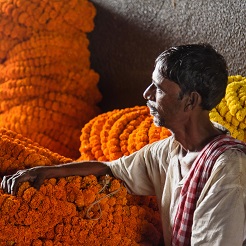 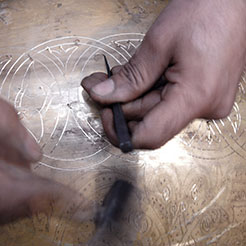 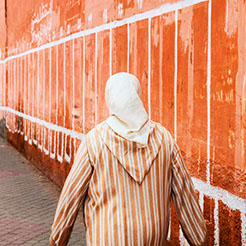 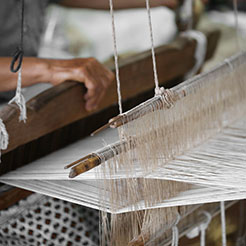